Menopause, from the Latin menopausis, was first used in the 19th century to describe the final cessation of the monthly menstruation of women.  That understanding of menopause has continued even to this day.

Menopause in women is a natural decline in the production of reproductive hormones that occurs as a woman ages.  The average age of menopause in the US is 51, but the decline in hormone production can start years earlier.  Strictly speaking, a woman is considered to be in menopause once she has gone twelve months without menstruating but the hormonal decline can result in a variety of common menopausal symptoms.  The menopausal transition in women is typically described as a short period of time, a phase every woman must pass through.  But the reality is that menopause is a stage of life.  Once one enters menopause, there’s no turning back.

Chances are when you think about menopause you don’t think of it as being a men’s health issue.  Well, what would you say if I told you that men go through their own “Big Change”?  While there is no agreed-upon term to describe this change in men, some have begun to appreciate some of the hormonal changes that occur as men age through a similar menopausal lens.  Male menopause (sometimes called andropause or even colloquially, manopause) is not defined by an absence of menstruation, but it can present with many of the very same symptoms associated with traditional menopause.

What follows is a look into the various changes men go through as they get older and how we can use what we know about menopause to better understand some of the effects of hormonal decline in aging men. 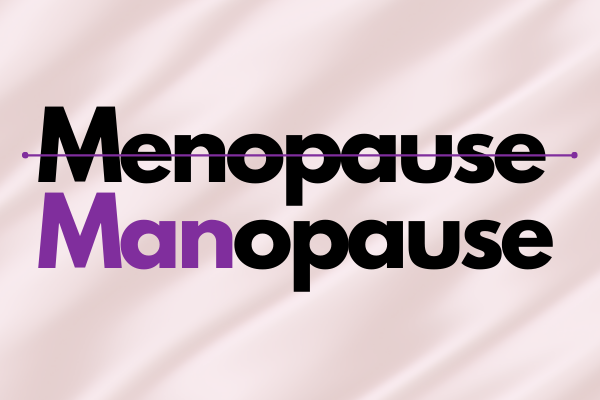 The term andropause should clue you into one of the most important aspects of male menopause.  Andropause refers to the halting of production of a group of hormones called androgens.  Androgen is the broad term used to describe male sex hormones, the most well-known of which is testosterone (T).  Before saying more about testosterone and its relationship to male menopause, I should briefly mention that testosterone is not, in fact, a “male hormone.”  Every living person makes and uses testosterone, not just men.  It’s an important hormone in all types of bodies.  But for the purposes of this piece, we will, from here forward, discuss testosterone in the context of male bodies.

Testosterone is primarily produced by the Leydig cells in the testes of men, with a small quantity also produced by the adrenal glands.  Testosterone is responsible for initiating the development of the male internal and external reproductive organs during fetal development.  It is also the hormone essential for libido and the means by which the body grows our muscles and bones, stimulates the bone marrow to churn out more blood cells, and produces sperm in adult life.  Testosterone production starts in utero once the body has received the necessary signals.  However, the male body doesn’t really rev up testosterone production until puberty, when T levels are often at their highest.

Testosterone production is a tightly regulated process carried out by the hypothalamus and pituitary gland in the brain.  In response to gonadotrophin-releasing hormone (GnRH) from the hypothalamus, the pituitary sends out a testosterone-stimulating signal in the form of luteinizing hormone (LH).  LH circulates in the bloodstream and makes its way to the testicle where it stimulates the production and release of T.  As T increases in the blood, it provides feedback to the brain to suppress the production of GnRH and LH, thereby dampening the production of additional testosterone.

As men age, this tightly regulated system can start to break down.  Sometimes the body becomes incapable of continuing to produce the necessary testosterone-stimulating hormones.  Other times, the testicle simply loses its ability to respond to them.  Additionally, surgery, radiation, and other medical comorbidities can affect normal, healthy testosterone production.  Regardless, the outcome is the same—testosterone declines and often remains suboptimal. 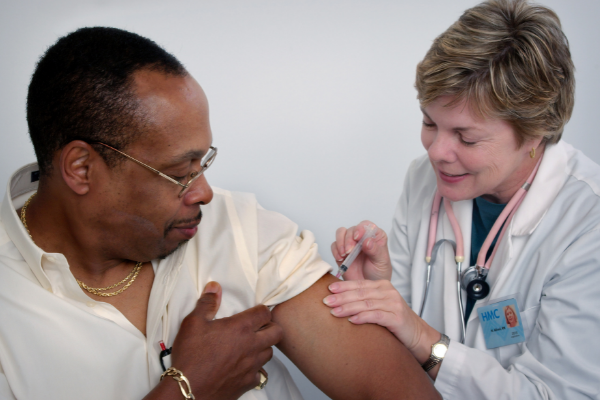 As we discussed above, menopause typically occurs when women are in their 40s or 50s (it can occur earlier in some women).  Male menopause is often much more elusive.

Hypogonadism is the medical condition that describes certain hormonal signs and symptoms along with biochemically confirmed low T.  It’s a pretty common problem, affecting up to 30% of the adult general male population, which translates into millions of men worldwide.  Despite being so pervasive, only about 5% of hypogonadal men receive treatment.

Let’s take a minute to distinguish between hypogonadism and our topic du jour, andropause.  Hypogonadism is a recognized medical condition describing men with low T and signs and symptoms associated with androgen insufficiency.  Hypogonadism is more common in older men but can occur at any age.  Andropause, on the other hand, is not a medically recognized condition.  It is a way of describing a common set of symptoms associated with declining testosterone levels that men can experience as they age.

We know that a man’s testosterone levels decline on average by about 1% per year after age 40.  For some men, that process starts earlier, and for others, the decline is much steeper.  Still, a majority of men well into their 60s and 70s have a serum testosterone level within the normal range.  We do not routinely screen for low testosterone so it’s hard to say when one would expect to go through male menopause, but it’s generally thought of as a state unique to older men. 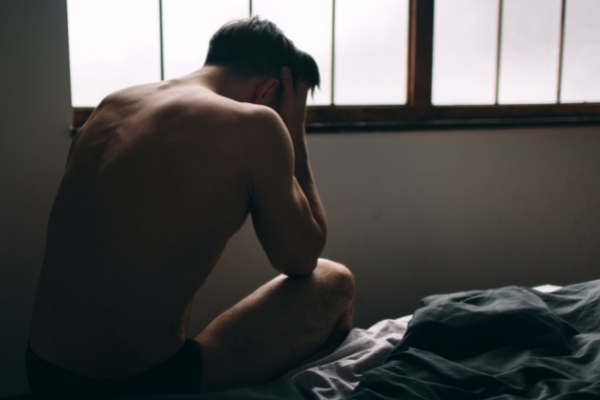 So if you are experiencing some of these symptoms, it may be worth getting your testosterone checked.  Initial low T levels are typically confirmed with additional testing.  If you’re around age 40, these symptoms might be your first clue that you are entering andropause.  But don’t forget: low testosterone can also affect younger men who may benefit from treatment even if they don’t fall within a stereotypical andropause age range.

I’m sure you’re wondering what the likelihood is that male menopause will affect you.  Unfortunately, there’s no way to know for sure.  Testosterone decline is a fact of life.  It happens even to the best of us.  But as we discussed above, not all men experience the effects of that decline, so not everyone will experience andropause.  However, there are certain factors associated with lower testosterone levels that may increase one’s chance of going through male menopause.

Exercise and sleep are super important for maintaining testosterone levels.  Thirty minutes per day of cardiovascular training can help improve your circulation (which is crucial for your erections, by the way) and can keep your testosterone-making machine churning.  Testosterone production is cyclical, often reaching peaks in the first few hours after waking.  No wonder sleep is key to healthy testosterone levels.  Getting good quality sleep helps keep your brain sharp, regulates blood glucose levels, supports a healthy immune system, controls weight gain, and maintains testosterone production (Leproult).  So if you’re looking to avoid your own andropausal change, do your best to get a good night’s sleep and exercise regularly. 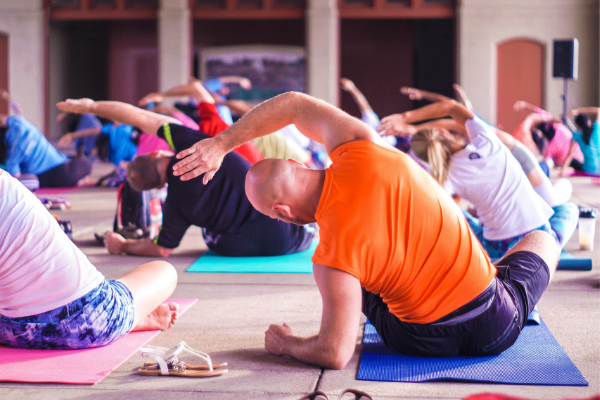 There has long been thought to be a link between diet and testosterone levels.  However, there remains some controversy about exactly which diet is best for preventing declines in testosterone.  One 2018 study suggested that individuals who preferred Western-style food, ate out, and consumed fewer homemade foods, noodles, and dark green vegetables were more likely to have an unhealthy body composition and low serum total T levels (Hu).  Another found that testosterone was lower among men who followed low fat or Mediterranean diets (Fantus).  Still, we know that what we put in our body often affects what we put out, which likely includes testosterone.  So doing your best to resist eating that candy bar and opting instead for a home-cooked, well-balanced meal may be one way to stave off male menopause.

We don’t have time to get into the nitty-gritty of treatment here, but thankfully men who experience andropause definitely have options.  The first step is recognizing your symptoms and getting tested.  You also want to make sure that there aren’t other contributing factors that could be causing your symptoms.  Once you’ve confirmed your T is low and ruled out other possibilities, your doctor may discuss lifestyle modifications (see above) and/or medications that can boost your testosterone and reverse the effects of andropause.  If you choose to start testosterone therapy, your doctor will explain the different ways that it can be administered along with target testosterone levels and any necessary follow-up testing.  For many (but not all) men, testosterone therapy can relieve the symptoms of male menopause.  If you find that the prescribed treatment does not seem to be fixing the issue, definitely discuss with your doctor what else might be going on.

Let’s end with a few important reminders regarding male menopause: