You know what the world needs right now? Another rich athlete slanging NFTs

Listen, we’ve all been there. You are abruptly woken up by your alarm, red-eyed and groggy you attempt to orient yourself with your surroundings, only to realize that you’ve perhaps partied a little too hard the night before. Your memory flashes in and out of some questionable decisions from the night before, and you come to the cringe-worthy realization that you may have made some poor choices the night before.

That’s the best analogy to describe the retrospective look back at the peak of the last crypto bull market when everyone and their mother was trying to get in on the action and make a quick buck. From your neighbor who knew nothing about crypto trying to sell you on an animal coin, to that guy at the bar who was trying to convince you to buy into his new crypto mining operation. Meme coins, ridiculous APYs, and celebrities appearing during Superbowl commercials telling us to be “bold” and jump into crypto, in hindsight the signs of being at the top were all around us. 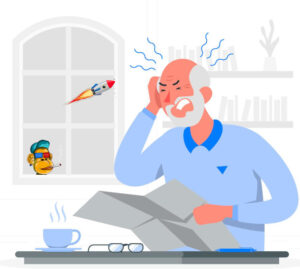 The morning after a heavy night of drinking is usually a time when everyone pauses, and takes solace in the fact that they will “never drink again”, or at least for a long while. The same can be said for a bear market, we know that we will “never let it get that out of hand again”, right?

Seemingly unable, or unwilling to read the room, another celebrity athlete is getting into the NFT game. This time it’s global soccer superstar Cristiano Ronaldo, who has teamed up with Binance to release his own line of digital collectibles.

For those unfamiliar, an NFT is a non-fungible token, which essentially means that each unit is unique and cannot be replaced by another. This makes them ideal for use cases like digital collectibles, where people are willing to pay large sums of money for items that cannot be replicated.  NFTs are also ideal for people who are seemingly unable to take a screenshot or right-click and “save as”…

This is your opportunity to own an iconic piece of sports history and join CR7’s Web3 community. pic.twitter.com/3j1lKcqrbn

Arguably the most popular athlete on earth, and god knows one of the richest, Ronaldo recently inked a deal to have Binance launch his own line of NFTs. The Man-U forward, who is worth an estimated $500 million, will release a series of digital assets that will be available on the Binance platform under a multi-year partnership with the exchange.

In the official Binance press release, the exchange was quoted as saying, “Through this partnership, Binance will launch a global promotion aiming to give Ronaldo’s fans an introduction to Web3 with a compelling entry point into the world of NFTs.”

I suppose this partnership could serve as an introduction to NFTs, if perhaps you’ve been living under a rock or perhaps just woke up from a 3-year coma. However, for the rest of us who have been paying attention to the space, it seems like an unnecessary cash grab from both parties. If not unnecessary then at least ill-timed. Right now the crypto space is drinking lots of fluids and trying to forget the poor decisions we made the night before… “Yea it turns out that Baby Ape #65 wasn’t a sure thing…woops”.

With a social media following in the hundreds of millions I’m sure Ronaldo can drum up plenty of takers. So if you are the kind of person who wakes up hungover and keeps drinking, you can keep an eye out for Ronaldo’s NFT at http://www.binance.com/en/nft/home. I’ll see you in crypto-rehab…