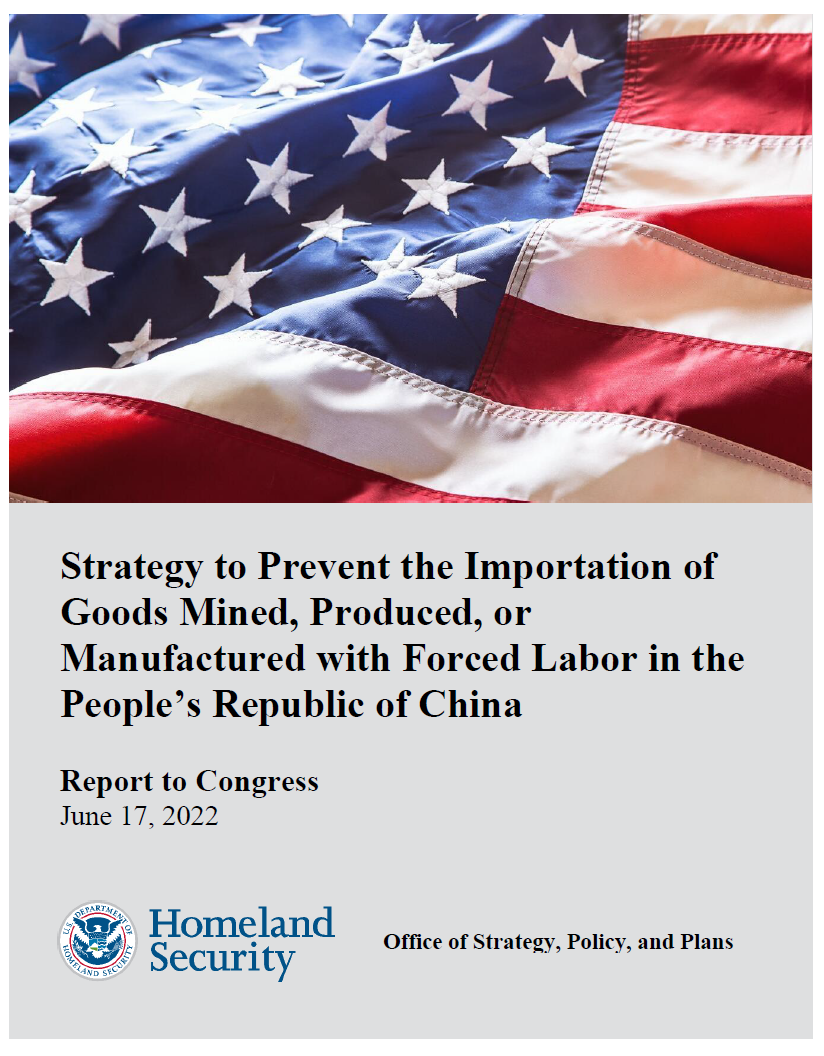 On June 17,  2022, DHS published its long-awaited strategy guidance document which shed light on how UFLPA will be implemented, and what evidence may be provided to rebut the presumption that the goods were made with forced labor. This article provides an overview of the type of evidence importers should have readily available when importing goods into the United States. For general guidance on preventing the importation of goods produced with forced labor and how importers should audit their supply chain to ensure non-use of forced labor, please refer to our Bloomberg Law article, “U.S. Customs Targets Use of Forced Labor”.

The Uyghur Forced Labor Prevention Act (UFLPA) establishes a rebuttable presumption that goods mined, produced, or manufactured wholly or in part in the Xinjiang Province of China or by an entity on the UFLPA Entity List are prohibited from importation into the United States under 19 U.S.C. § 1307. However, if an Importer of Record can demonstrate by clear and convincing evidence that the goods in question were not produced wholly or in part by forced labor, fully respond to all CBP requests for information about goods under CBP review and demonstrate that it has fully complied with the guidance outlined in this strategy, the Commissioner of CBP may grant an exception to the presumption.

Clear and convincing evidence is a higher standard of proof than a preponderance of the evidence, and generally means that a claim or contention is highly probable. See e.g., Colorado v. New Mexico, 467 U.S. 310 (1984) (a forced labor case holding that complainant did not meet “clear and convincing” burden of proof because it failed to show that the evidence is highly and substantially more likely to be true than untrue; rather, the fact finder must be convinced that the contention is highly probable).

CBP will employ a risk-based approach, dynamic in nature, that prioritizes the highest-risk goods based on current data and intelligence. Currently the highest-risk goods include those imported directly from Xinjiang into the United States and from entities on the UFLPA Entity List. CBP will also prioritize illegally transshipped goods with inputs from Xinjiang, as well as goods imported into the United States by entities that, although not located in Xinjiang, are related to an entity in Xinjiang (whether as a parent, subsidiary, or affiliate) and likely to contain inputs from that region.

Below is a list of high-priority sectors for enforcement:

In addition for general guidance on how CBP will be implementing the UFLPA, please refer to our prior article “Uyghur Forced Labor Prevention Act (UFLPA): What You Need To Know.”

DHS Strategy to Prevent the Importation of Goods Mined, Produced, or Manufactured with Forced Labor in the PRC.

On June 17, 2022, per statutory requirement , the U.S. Department of Homeland Security (DHS) published the Strategy to Prevent the Importation of Goods Mined, Produced, or Manufactured with Forced Labor in the People’s Republic of China. The purpose of this publication is to provide guidance as to how the UFLPA will be implemented, and how it plans to prevent the importation of goods made with forced labor to enter into the United States. Below is a summarized guidance for importers with recommendations and guidance as to what evidence importers may provide to rebut the presumption that the goods were made with forced labor under the UFLPA as mentioned by DHS’ June 17, 2022 and earlier guidance published on June, 13, 2022 by CBP  of evidence required. The guidance for importers provided information on three topics:

What does due diligence mean?

DHS stated that for purposes of the guidance, due diligence includes assessing, preventing, and mitigating forced labor risk in the production of goods imported into the United States. An example of effective due diligence, may include the following elements:

To perform a forced labor risk assessment, importers map their supply chains to identify any steps within the chain at risk of using Forced Labor. Such factors used to determine whether a risk exists are, but not limited to:

Importantly, DHS noted that for supply chains that touch the Xinjiang or involve entities that use labor transferred from Xinjiang, the code of conduct MUST explicitly forbid the use of forced labor. Furthermore, as mentioned in our prior DTL post “U.S. Customs Targets Use of Forced Labor ,” importers should review the DOL’s Comply Chain  principles and create a compliance system as a business practice.

What Does it Mean to have an Effective Supply Chain Tracing System?

Importers should also have Supply Chain Management Measures in place, that reflects the measures taken to prevent and mitigate identified risks of forced labor. DHS identified that effective measures include:

DHS noted as well that, under 18 U.S.C. Section 1589 (b), failure to take appropriate remedial action could expose an importer to potential criminal liability if the importer continues to benefit, financially or by receiving anything of value, from participating in a venture engaged in forced labor, while knowing of or recklessly disregarding the forced labor.

For additional guidance as to the type and nature of evidence that CBP will require if the goods are subject to the UFLPA, please refer to the following:

Diaz Trade Law has significant experience in a broad range of import compliance matters including forced labor issues. For assistance with importer due diligence in relation to forced labor requirements; or for assistance in submitting documents to dispute the use of forced labor, contact our Customs and International trade law attorneys at [email protected] or call us at 305-456-3830.

Omnibus Bill: What Changes Can You Expect to Cosmetics Regulation?